I have read the below post from my friend Lori Brom on The Miniatures Page. They are in need of assistance, please read on.

This is extremely difficult for us but we have hit "critical mass" in our ongoing issues with getting Dad the help he needs for his recovery. The wargaming community has always come through for us in the past and Christy and I hope we can get your support once again.
We have set up a GoFundMe account for Dad. The details are there and we will post regular updates on his/our progress. As I mention, he's always interested in anything to do with wargaming and TSATF. He's a tough, stubborn Marine and he just needs that extra "boost".

Thanks in advance.
Lori Brom 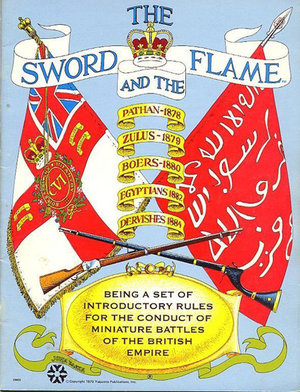 As you can see from the above post, Larry Brom the author of "The Sword And The Flame"  rules is in dire straights. After his semi recent injury the family has reached a point where they are asking for the wargaming community's assistance with his ongoing medical treatment. Whether you are a big fans of his many rules sets, as I am, or just want to help out an old USMC Gunnery Sergeant this is the way to do it. Please log onto the above attached website if you wish to do so.

I for one will be assisting as I owe Larry and his daughters for the many wonderful times I've had since the early 1980's with his rules TSATF, the awesome people I have met and have become so close to, and for fueling the fire of Victorian Colonial Wargaming for so many years.

I had first met Larry and Lori at a Historicon in Harrisburg PA, very possibly the same con I had met another friend of mine, Pat Condray who has sadly just passed away from injuries sustained in a bicycle accident. Larry was running a TSATF game with the Brits fighting the Egyptians. Lori was playing and was explaining the rules to me as we went along and provided tactical assistance with these rules as well. That fateful day started a 30+ year love of colonial gaming and collecting. Later that day I found and purchased my first copy of TSATF and my first colonial figs. I've not looked back since.

Over the years I've had the pleasure to play in quite a few games run by Larry, or played in games that he was also playing. I was able to help him field play test Kaybar and Bayonet at one of the HMGS-South cons in Orlando, Fl.  He's a true gentleman and a pleasure to spend time with.

A friend of mine, Ethan, the author of the fantastic blog, Maiwand Day, has also posted the Brom's request on his blog. I had met Ethan, another true gentleman, at the first ever TSTAF convention, Colonial Barracks held annually in NO. Larry and his family has touched so many peoples lives. See the many links below for info, links, and details.

Pat Condray was sideswiped by a car while riding his bike. He suffered serious brain trauma and was in the hospital with a coma and passed away soon after! Unfortunately he wan't wearing a helmet, I'm not sure it would have mattered, but we will never know.

A very sad time for his family. My prayers are with his family at this rough time. Pat was a very colorful character.

Truly a tragedy and another blow to the hobby. I met Pat at a con, an early H'con in Harrisburg PA, my first Historicon! We had become quick friends as I was into 20mm Spanish Civil War and of course you know that was one of his passions. I have always gotten along very well with him despite his issues with a few others in the hobby. He like me, was unafraid to voice his concerns and thoughts without the care of repercussions or what others thought, be we right or wrong!  We have both upset people within the con circuit and HMGS organizations. He liked to coin himself, "The Poison Pen"! His convention AAR's were always a pleasure to read. He had taken thousands upon thousands of pictures of the cons for so many years, he must have a treasure trove of pics of games, cons, and people. The amount of positive things he's done for this hobby are immeasurable. From starting new chapters to supporting existing ones. From running games to writing rules, from designing and selling miniatures to aiding a fellow hobbyist with questions. Pat loved this hobby and it's adherents.

I always made a point to spend some time with Pat at every con. In the early years I played in one of his SCW games at almost every con that he ran one and have bought many 20mm figs for the conflict from him for the years. Victor and I had played in one of his recent games a few cons ago at an HMGS-South con, the game was "A Place Called Jarma 1937".  I had just made a thumb drive for him of pics from that SCW game Vic and I had played in that I was going to give him at Recon-2015.

We had conversed many, many times over years discussing battles, OOB's, and uniform details. In the later years he would ask me about colonial uniforms for paint jobs on 54mm figs for his grandson. I will miss Pat......

Passing away at 75 for such a vibrant person is way too soon. May he rest in peace!  My thoughts and prayers to his family. 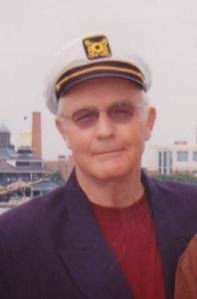 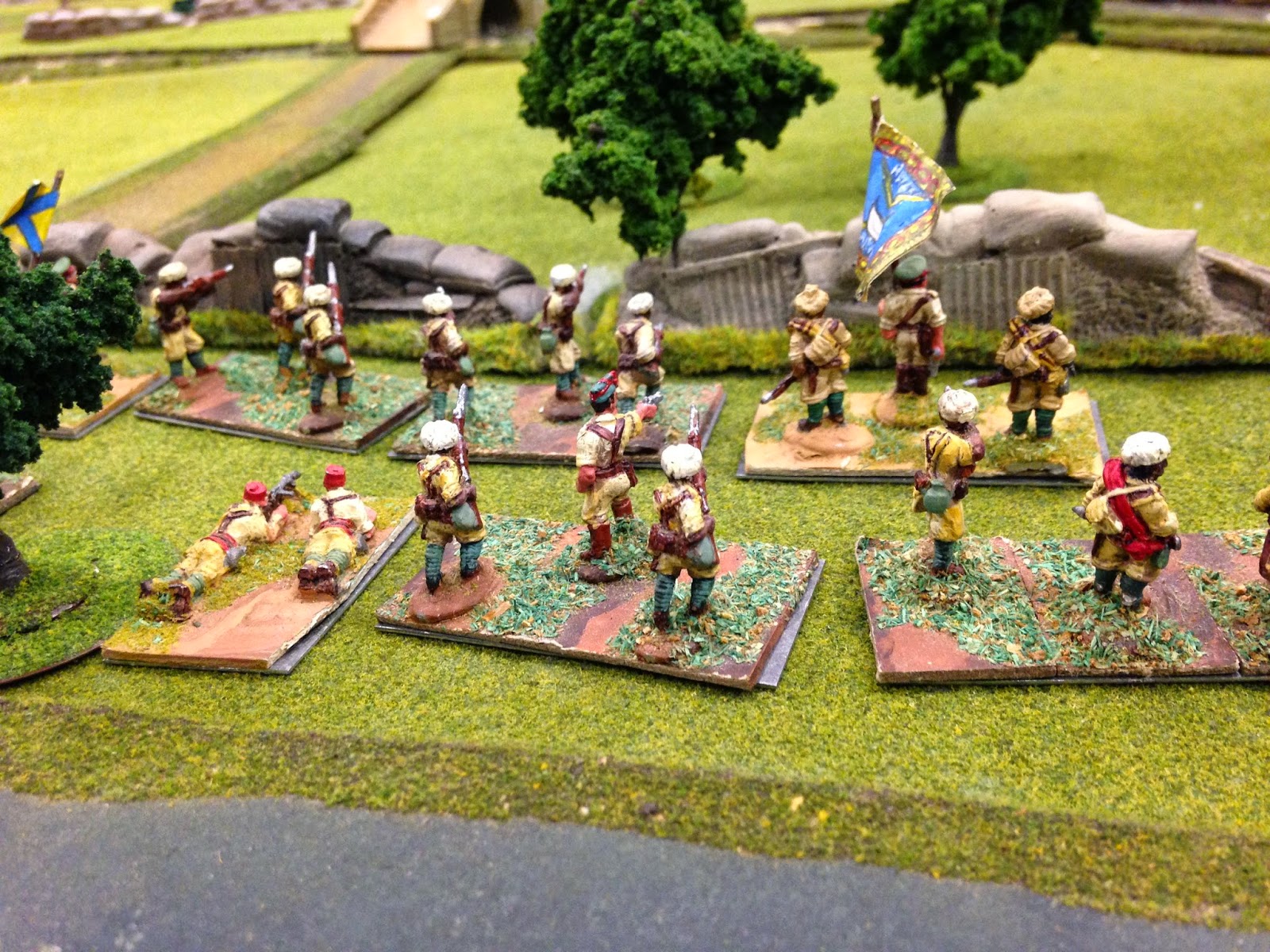 Vic and Pat discuss the rules and the scenario. 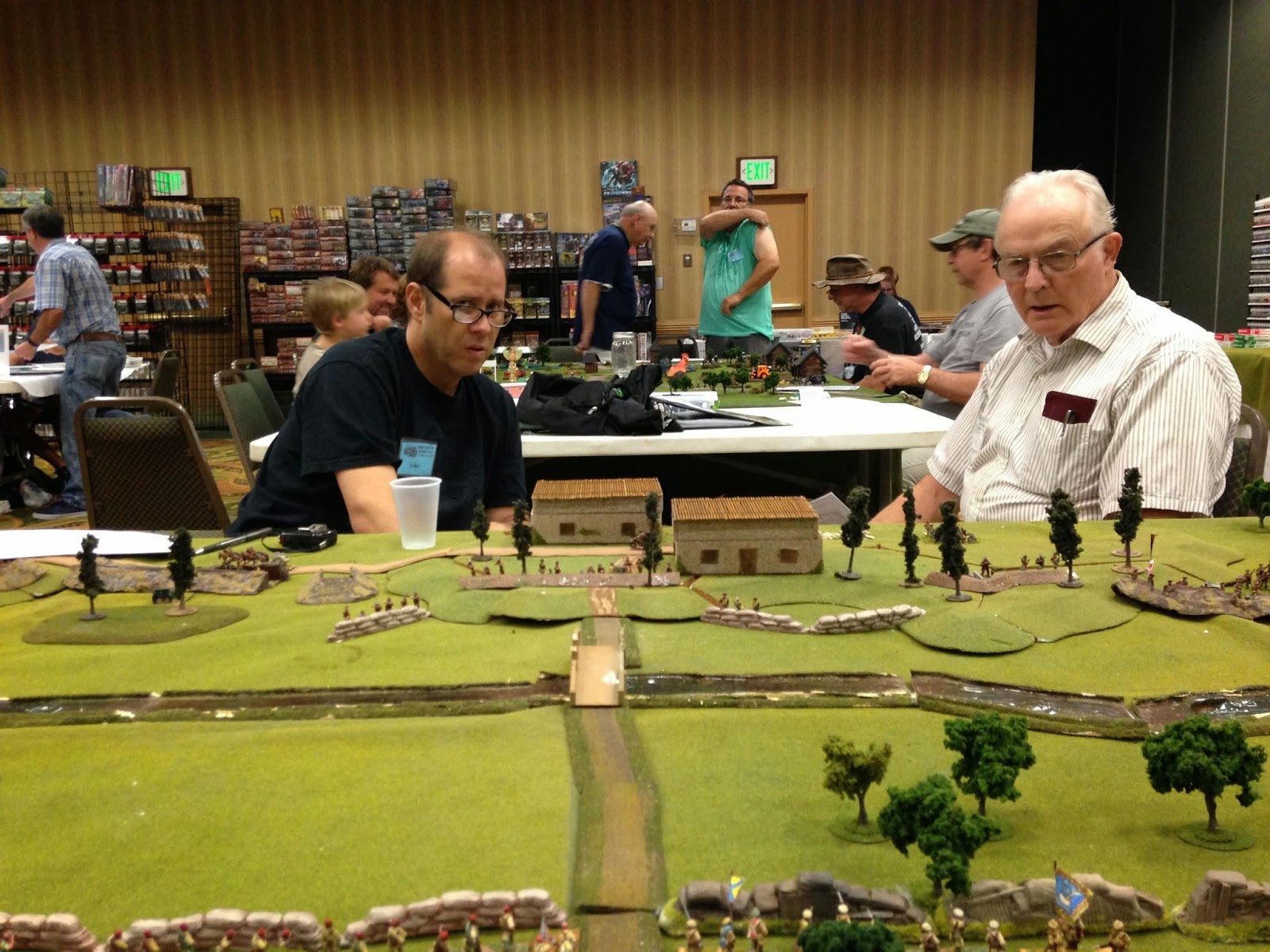 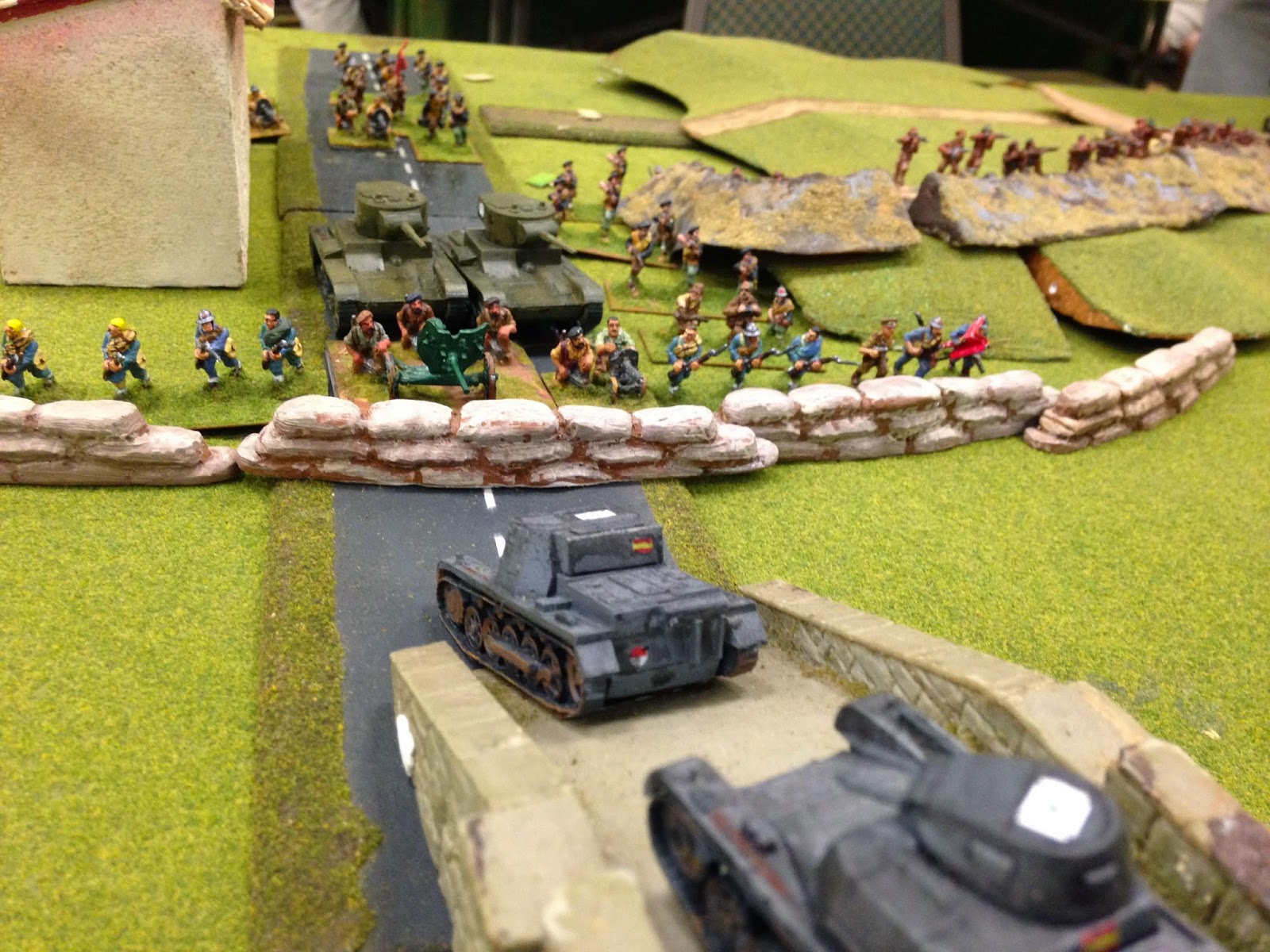