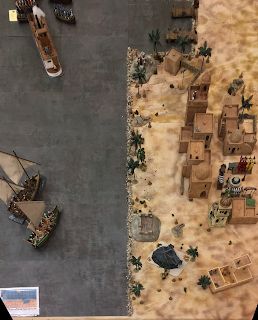 The Series continues about this scenario I ran at Recon and will be running again at Hurricon with the naval portion of this battle. The scenario specs called for a civilian transport with a low draft to be converted into an armed steamer to bring the western troops to Mogadir. The French chose the civilian ship the Cite De La Meers. For this boat I used an awesome model made by my friend Last Stand Dan. He calls this boat the "R" Class Steamer and fits the bill perfectly. Dan hides magnets under the decks and glues matching magnets to the underside of the desired armament to keep them in place during games. 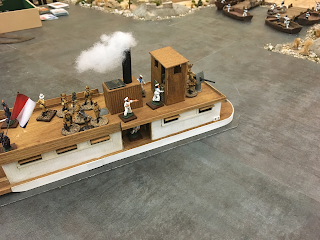 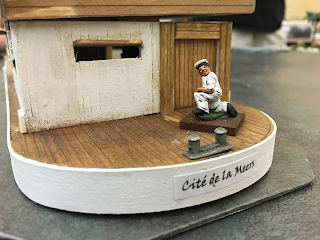 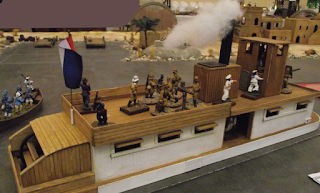 The crew is French but the gunners are all German, as negotiated by their respective nations prior to the raid. 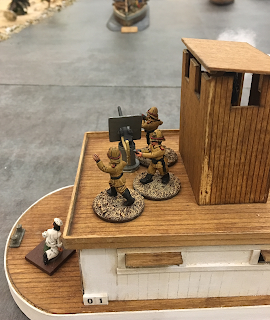 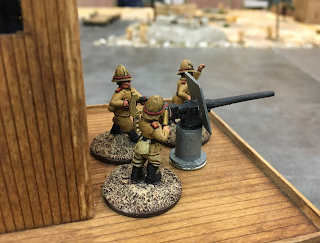 Native Dhows
The scenario calls for the possible arrival of (2) armed dhows fully crewed by veteran sailors and troops returning to Mogadir from pillaging the coast and any targets of opportunity. 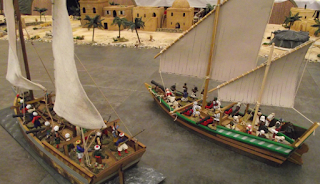 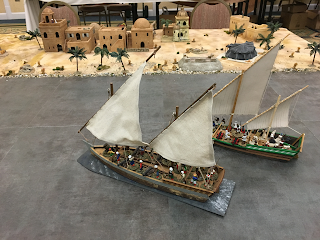 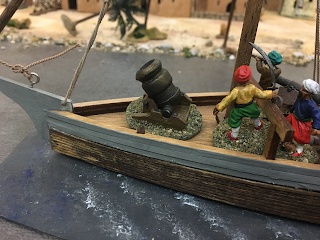 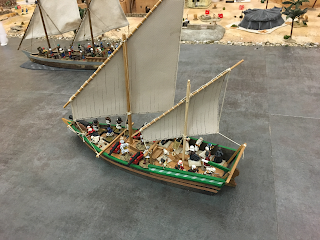 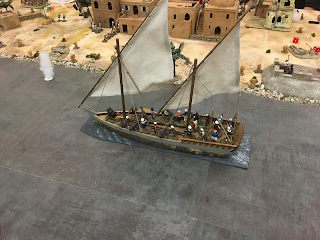 Once again I turned to my buddy "Last Stand Dan" for a boat. The one pictured above with grey trim is a two masted dhow that he had made for me. It's another excellent model. All of Dan's boats are exceptional. He builds and sells many varieties of boats to choose from. He makes boats in 25mm as well as 15mm scales.

The Xebec with the green trim was made by the well known ship builder Richard Huston. I bought this boat well over ten year ago from my friend Patrick Wilson of TVAG. He sells Richard's boats as well as all sorts of other cool wargaming stuff.

Landing Craft
The troops need a conveyance to get them to their destination. I've used landing boats purchased at flea markets, ebay, and most recently from a new company based in Miami, Fl. Firelock Games who produce a pirate game supported by figs, ships, rules, etc. Their "row" boat is the perfect size and scale for my colonial games and works perfectly fitting 10-12, 25mm figs on small 3/4 x3/4 magnetized bases. I get all my magnetized bases from my buddy ACW Bill of Good Ground Miniatures, maker of the best 10mm ACW figs around. He sells all sizes of magnetized bases. 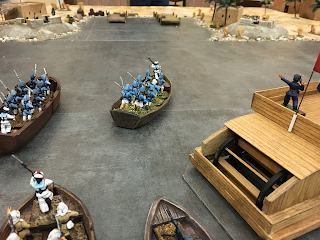 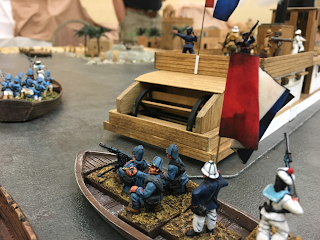 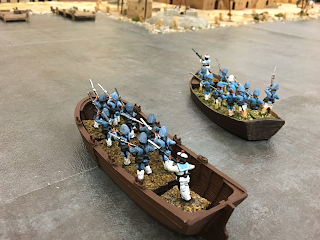 The rowboat to the left is the one from Firelock Games.