For our monthly club game we played a 25/28mm American War of Independence game at Duane's new house in the Red Lands. We used Saber & Musket for our rules set. It's a club set developed by Bill Moreno and Tim Harwood which we've used for many years for all sorts of linear combat. The rules are great but need a little tweaking and updating. Nothing that hasn't been said about ALL rules sets in general.

The premise was American were trying to gain ground with a last hurrah of an offense to gain ground and prestige while peace talks were begging. The Colonials objective was to inflict more casualties than their counterparts and prevent the Brits from reinforcing the position. The British were tasked with holding their ground whilst taking fewer casualties then their enemy. I mean, no one wants to die at the end of a war, now do they.......?

The Colonials got off to a splendid start and raced across the fields of the Cunningham house. The British fired rather ineffective volleys (poor dice rolls) and fell back to the cover of some woods on the outskirts of the farm. Both flanks saw charges and counter charges. The Colonial left flank lost a cavalry melee but their right flank pushed back the British light infantry manning the works protecting their camp. Oddly enough the Colonial Militia continued to advance in the center, this being later in the war, they are more resolute. As the Brits received reinforcements they started to stabilize their line, but it was too little too late and the upstart Colonials soon to be Americans won the day. The American artillery did sterling work this day and most significantly affected the outcome of this battle. 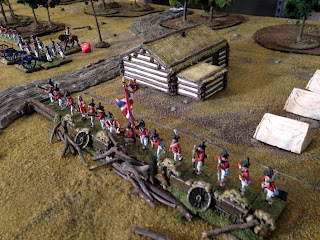 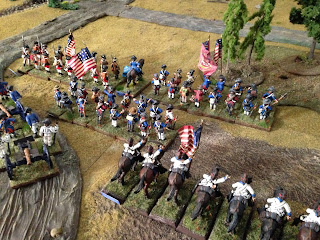 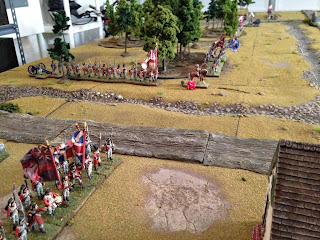 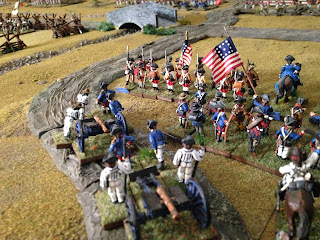 Bring up the guns. 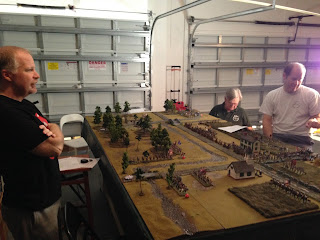 Duane in his "NEW" game room. 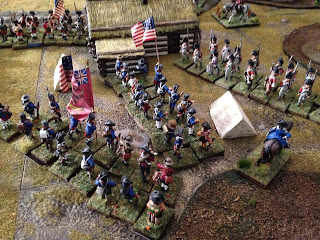 The American take the British camp. 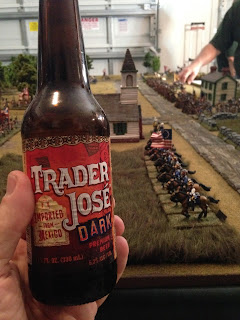 All this fighting and marching has made me thirsty..... 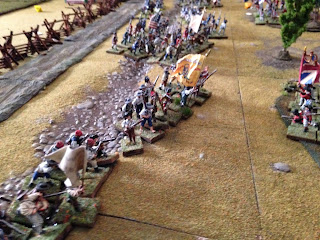 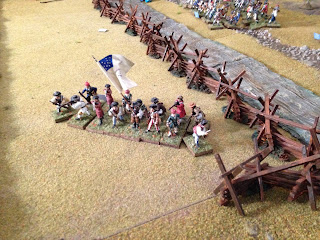 And the Militia retreats...... 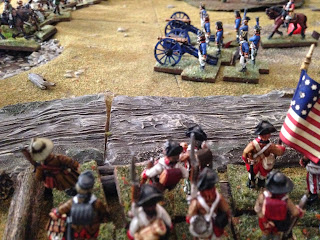 British guns taken in the flank.