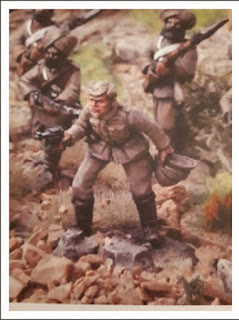 This figure was made as a promo for a convention. Picture taken from an article in a wargame’s magazine.

I’m looking for several of these figures. My buddies and I who are involved in a pretty epic 2nd Afghan War campaign are all interested in adding one of these miniatures to our respective collections. Alas none of us have them, no one sells them, and apparently they were a give away to promote a convention many moons ago! Does anyone have any they are willing to sell or trade for? If so please reach out to me.

For anyone interested here is the link to our campaign thread on the Lead Adventure Forum.

Never Trust Anyone on the frontier, an . . . . epic NWF Campaign

Here are links to some of the other bloggers involved in this NWF Campaign with AAR’s, pics, maps, and data on their blogs.

The Northwest Frontier of British India 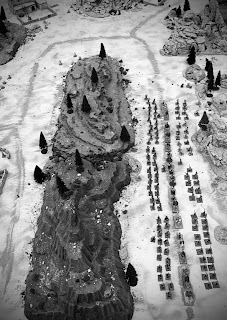 1st Brigade is force marching towards the Chitral Territory to relieve the beleaguered Chitral Fort garrison. 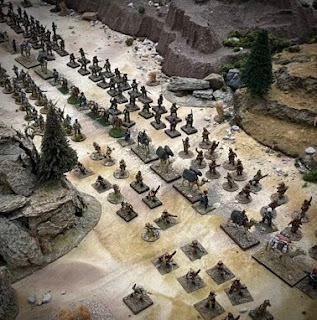 On the approach to Uch a messenger, Halvadir Rama Singh commanding a troop of the 77th Bengal Lancers rides into the column with an urgent message for General McGuinness. 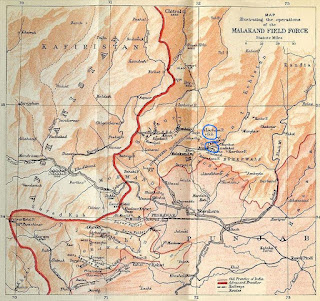 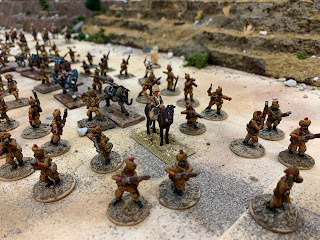 The column is halted as the General reads the message. Sergeant Major Brom calls a halt, orders the men to drink water, and sends out scouts from each unit to the surrounding ominous looking mountains. 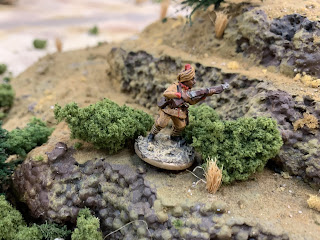 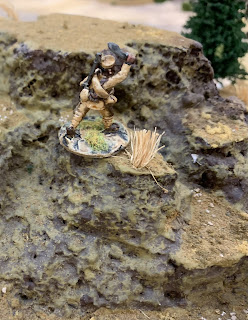 Dispatches from Chitral Fort: 3 August, 1890
From: Colonel Dano MacGurule, Commander Chitral Garrison
To: General McGuinness, Commander CRF, Chitral Relief Force
General, we have successfully defeated entrenched Pashtuns laying siege to my garrison. The fort's outbuildings, gardens, and native built sangers have all been cleared and pickets posted in the recovered territory. Of major concern though, we have taken several prisoners who are NOT Chitrali, they are Afridi from Umra Khan's clans. This is very disturbing news indeed. I fear your columns may find more resistance than anticipated!
God Speed my friend,
General Dano MacGurule 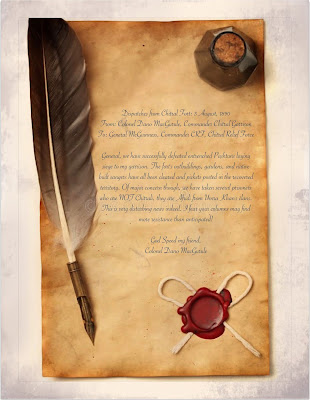 https://sgtguinness.blogspot.com/?m=0
20 August 1890
NWF: On the road to Chitral.
1st Brigade moves north through rugged country to relive Fort Chitral. The next way point is fort Bulgur. 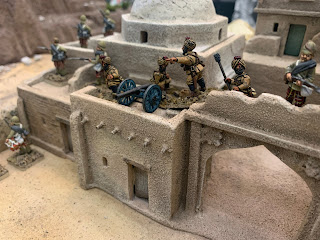 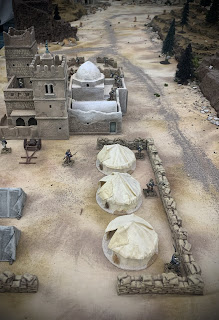 The Chitral Relief Force is scheduled to arrive there late this morning. The road, if you can call it that, is nothing more than a dirt goat trail. It weaves through rugged terrain and at this section is bordered on multiple sides by steep and rugged terrain. The column of supply and artillery mules is stretched out for at least a half of a mile with a brigade of infantry plus supports to guard it. 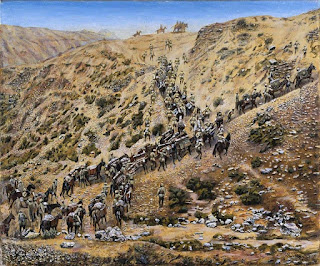 General McGuninness confers with his officers and orders the column forwards. Sergeant Major Brom orders the scouts to push further out. The Anglo-Indian force must reach Chitral Fort with all possible haste. 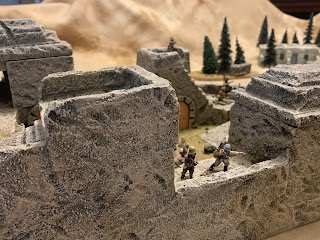 (Chitral Fort: Colonel MacGurule and Captain Lucas discuss the battle from the ramparts of Fort Chitral.)
The local tribes have been watching the column, knowing that this is a suitable place for an ambush, they prepare to attack. 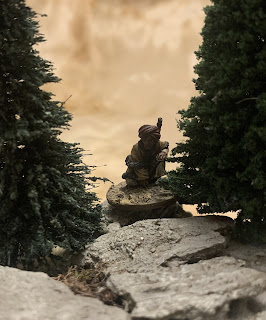 Chitrali scouts
However there are other tribes shadowing the column too, multiple tribes from several locations across the Frontier have arrived at Bulgur pass. 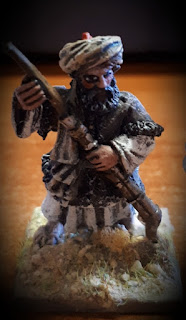 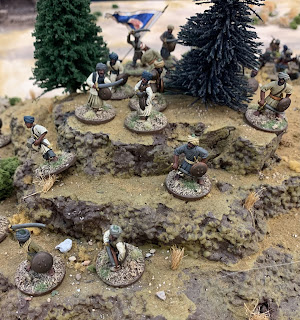 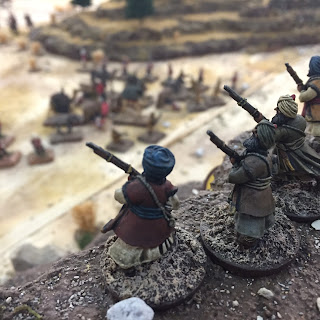 Chitrali warriors
All the tribes want to capture the column's mules for themselves. There will be no coordinated Pathan attack this day. 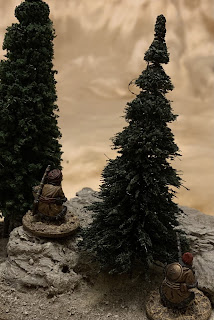 Chitrali scouts shadow the column
As the column moves forwards between the mountains a group of Ghazis burst from the tree line and charge the front of the column. Their ferocious charge stops the entire column dead in their tracks! Martini-Henry’s  ring out as many of the true faithful drop in the dusty valley. 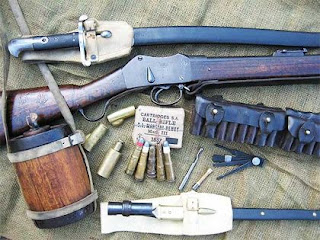