40th Anniversary of The Sword And The Flame! 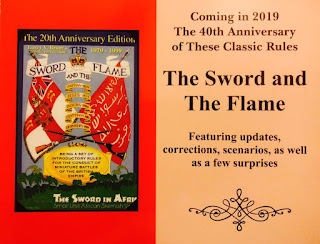 This year will be the 40th Anniversary of the iconic colonial skirmish rules set "The Sword And The Flame" written by the venerable late Larry V. Brom, USMC. In my humble opinion these are by far the best colonial wars rules set ever written! The fact that I consider Larry and his daughters Lori & Christy my friends has nothing at all to do with my thoughts about these rules. I'd first found these rules at an old Historicon convention at the Penn Harris Inn about the mid 1980's. Larry was running an Egyptian vs Brits game and I instantly fell in love with the flow, game speed, period specific nuances, exciting melee phase, and the user friendly game mechanics.

I've been playing these rules ever since. I've tried many others, but none came close to the fun, excitement, and adventure of these rules, for me personally at least. The fact that the mechanics are set up for skirmish type actions and not competition has led the faithful followers of these rules to have one very common awesome trait among them, that all games must be FUN! The fun aspect has always kept me locked into these rules and I have made some of my best and life long friends while rolling dice around a rip roaring fun TSATF games table.

Larry's inspiration for writing these rules came from movies like Gunga Din. Here is a photo of a Gunga Din TSATF game run by Devon Start and played at our SMG clubhouse Das Krieg Haus in Fort Lauderdale Fla. 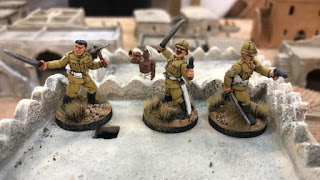 The epitome of colonial gaming, pictured are The Sergeants 3 and Gunga Din by Bob Murch of Pulp Figures (Code: PBT-5) https://pulpfigures.com/products/view/149, and painted by Devon.


Now with the 40th Anniversary Edition of this masterpiece rules set on the horizon I can't wait to see what Larry's daughters have done to celebrate the rules and Larry. Lori had told me that the 40th will contain updates, corrections from the official addendum, scenarios, and some surprises. Count me in!

Check out the official The Sword And The Flame Website: http://www.sergeants3.com/ 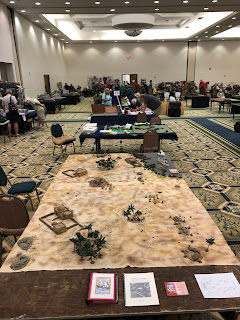 Setting up my Sudan game table for HMGS-South's Recon-2019 convention in Orlando, Fl. 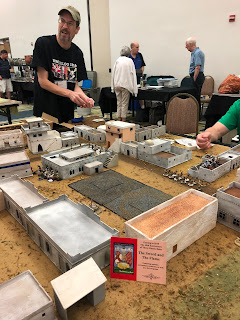 I hope to see you around a TSATF table soon! Carry on, and have fun rolling them bones.....
Cheers,
Sgt. G. 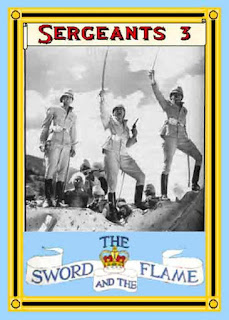 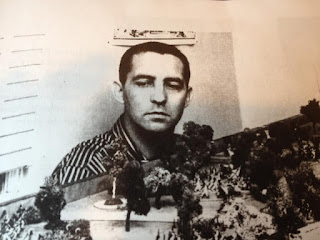 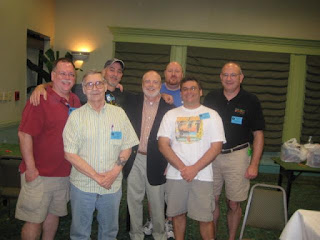 PBT 26 - A  1930's version of The Sgt's 3, by Pulp Figures painted by the very talented Stan Johansen, https://www.stanjohansenminiatures.com/ 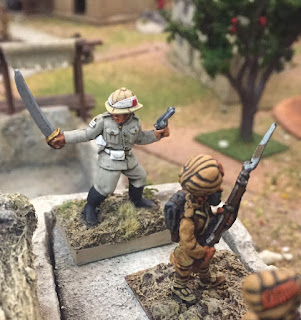 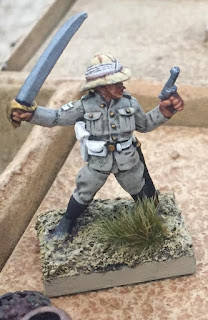 Hi folks,
Capt Ron will be running a 15mm Naps game this weekend. A very small portion of the Battle of Waterloo, the French attack on Hougoumont! The rules will be General de Brigade. The custom table is set, the first two divisions of French troops are laid out awaiting dice, the only thing lacking is YOU! 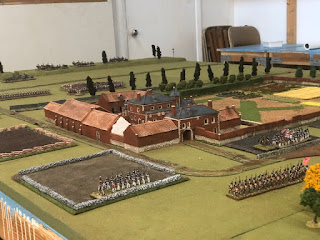 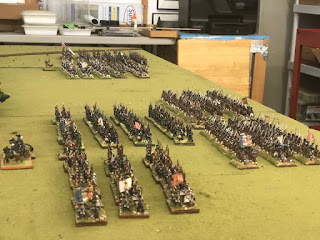 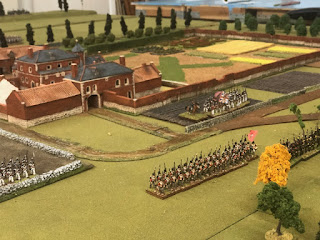 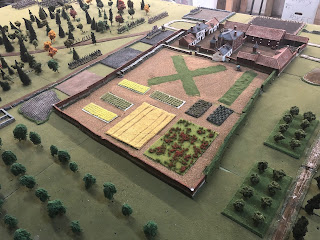