What can be said about the man that gave us so many wonderful years of gaming fun. Like many of you some of my best friends have been found while gaming. On that note, some of those have only been found because of one of the many rules sets Larry has written and developed, my personal favorite sets of rules, "The Sword And The Flame"! Thank you Sgt. Brom for the many wonderful years gaming and for the awesome fiends I have made and continue too make because of TSATF!!!! 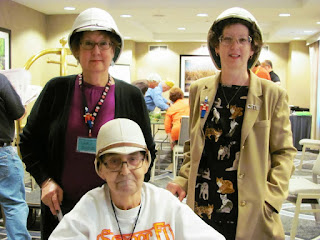 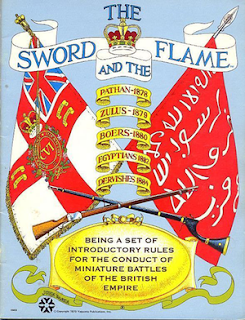 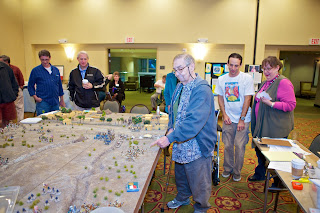 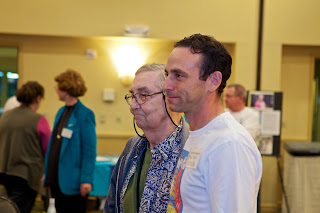 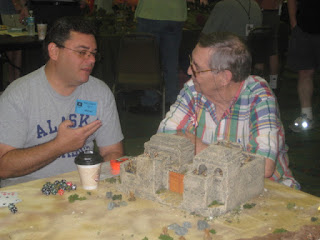 Recon 2007,  Larry Brom & Mike Lucas discuss strategy about the NWF over my STATF NWF game at an HMGS-South con in Florida. 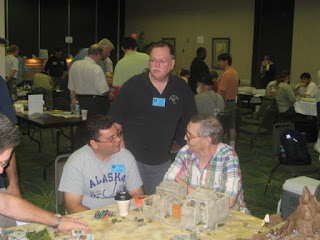 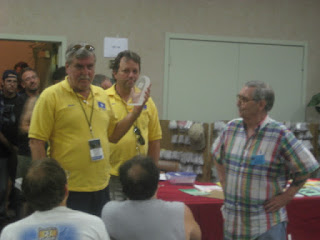 Larry receives an achievement award from the HMGS-South's BOD at Recon 2007 in Orlando Fl.. 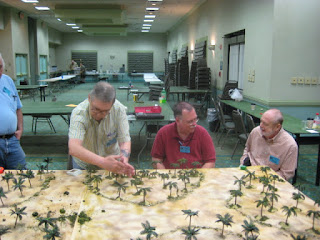 Recon 2007, Larry Brom, Mark Stevens, and George Carr Sr. Larry discusses his new rules with us, a WWII Pacific game called K-bar & Bayonet. He asked us to be his first con play testers. 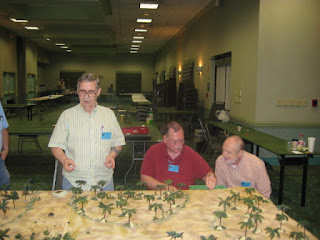 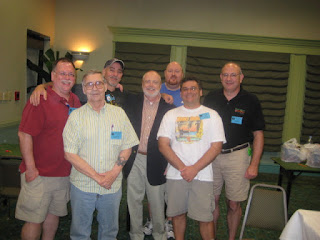 I know there are more pictures of Larry lurking in my various PC files. I will continue the search at a later date as family responsibility now pulls me away.