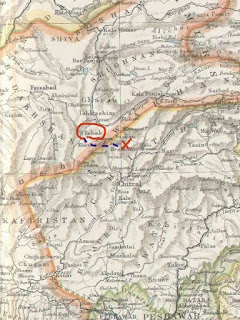 The rumors of a large Russian force crossing the border from Zebak into the Chitral Territory have been confirmed. Refugees from the pillaging of Zebak in Badakhshan by the Russians have made it to neighboring villages on the south side of the border. It is said that the Russians have Tajik allies with them and have made a strong base in Zebak from which to attack Chitral! 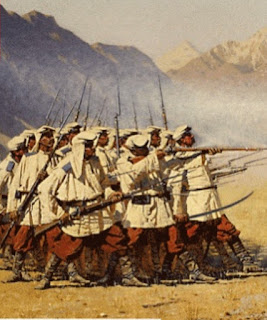 A village on the road to Tirakh Mir has been occupied by the Russians for a night laager. A young man with ties to Umra Khan and related Ali Razah Khan has left his village before the heathen feringhee made camp. Hidden in the foothills above his vill he made a sketch of the camp and his vill to take to the local Mullah. He told his siblings that it is his duty to report this defilement of his country by the northern feringhees. 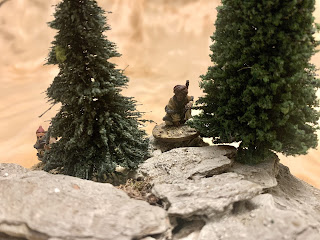 Ballah Khan, younger brother of Ali Razah Khan has mobilized his forces intent on attacking the Russians in their forward camp at sunrise on the morrow. Local popular forces of the Regular Afghan Army have a fort on the border close by, will they join in the attack? 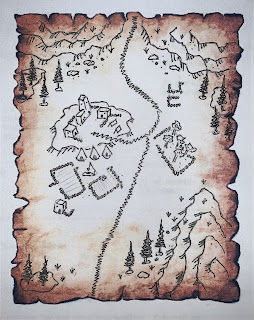 Hand drawn map made by Bhalla Khan while hiding in the foothills in the southeastern corner.

This game will be run in person at the SMG - South Florida Miniatures Gamers clubhouse, Das Krieg House in Fort Lauderdale Fl. My buddy Bob who’s running the Russians in this campaign is flying in for a visit to play this game. He’s been sending me troops to use in the game for weeks prior and I’ve been painting Russians to add to the battle as well as making custom game cards for all the forces involved. We will be using my favorite set of rules: THE SWORD AND THE FLAME

Here are some of the custom game cards. The front has the movement, fire, and morale charts while the back has the melee stats and mods. They are a half sheet of standard paper in a plastic page protector and kept in a small binder for future operations. The plastic covers also make good coasters for a frosty beer. 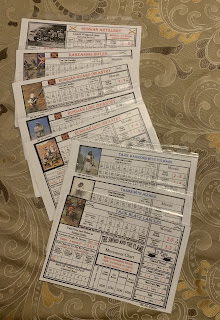 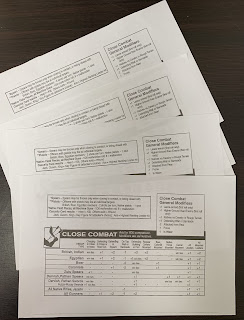 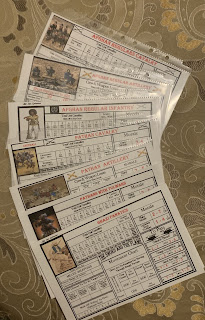 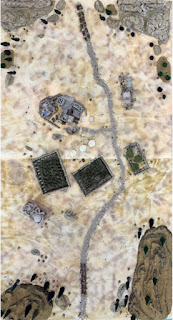 Link to the campaign on the Lead Adventure Forum:

Never Trust Anyone on the Frontier

Posted by Sgt. Guinness at 1:06 PM No comments: