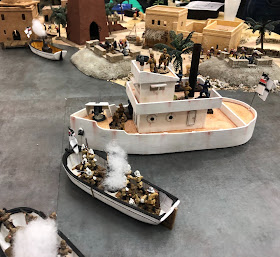 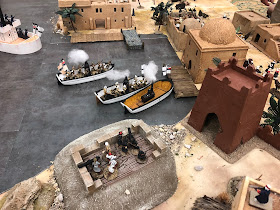 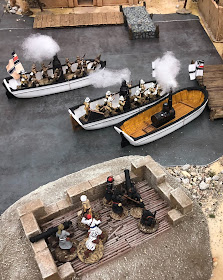 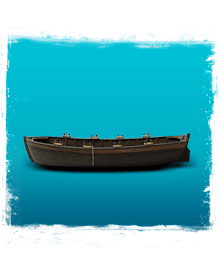 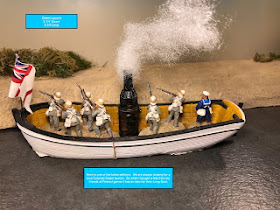 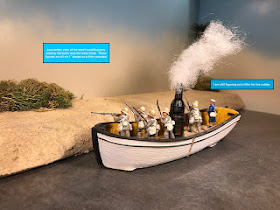 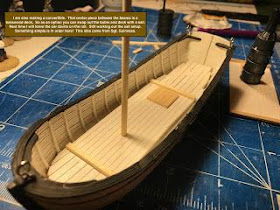 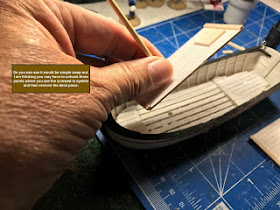 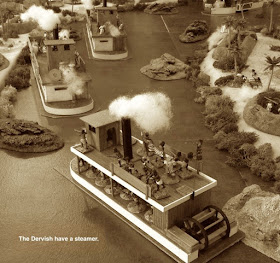 Dan and I are keeping the flame burning, TSATF flame that is, lol. Well we've finally done it. The riverine battles supplement  discussed has finally been released! Below is the intended release blog post. I really do believe these rules work exceptionally well with the core TSATF and gives us a great option to play riverine battles and naval actions. And they are BIG FUN, just as Larry would've wanted it.
Gunboat and Dhow!The Sword and the Flame supplement for your riverine battles has been released.  The first edition of Gunboat and Dhow! written by Dan Gurule and Jeff Baumal was introduced and released at the HMGS-South Hurricon convention this last weekend.  This is the riverine set of rules that has been used in local club play at the Colorado Military Historians (https://cmhweb.org 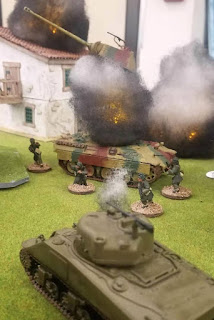 These things rock! You’ve got to see these blast markers on the table. I know we’ve all used cotton balls painted in various styles and shapes over the years, mounted on washers or unmounted, etc. Some of these are really awesome and many of you hobbyists are extremely talented. I love making terrain, building, kits, and painting figs, however, I just don’t have the time that I used to and some of my skills are lacking! When I see a cool product for a good price it’s hard to pass that up. 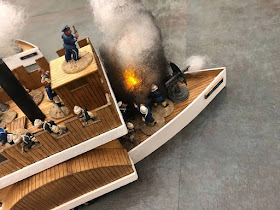 I’ve seen markers like these before, but these are the best markers that I have found for representing artillery rounds impacting or explosions. They are also great for representing a burning structure, vehicle, or vessel, and they really look cool on the table top. 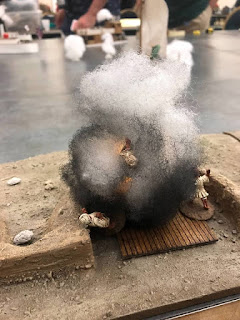 They can be used for ancients games all the way to ultra modern, and beyond. Bud makes 3 different sizes, single, double, and triple. 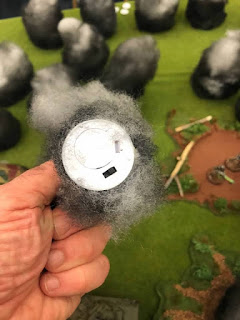 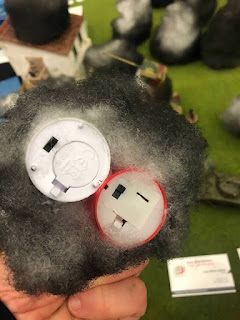 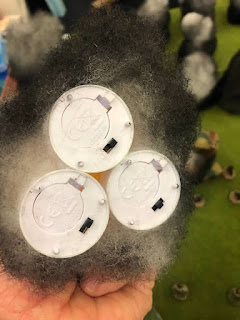 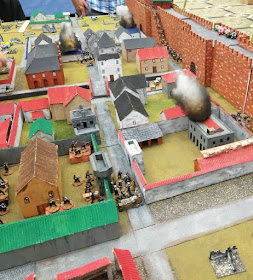 American cow kicks over a lantern or that's the story they are telling. Americans burn their legation not to be out done by the French or the Germans, alcohol is to blame....

He also has some with fiber optics and in different colors. I’m a standard meat and potatoes historical gamer but if I were a scifi or fantasy gamer I can see how these would be way cool for fantasy and scifi games for blast markers, chemical fires, spells, acid clouds, etc. 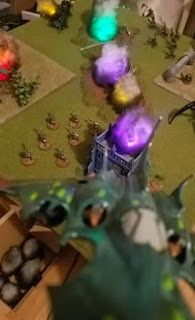 I recently met Bud and his son at one of our HMGS-South conventions in Orlando Florida. They are great guys and we had a blast gaming. Needless to say we all got and used Bud’s markers in our games. Look him up on FB or email him what you are looking for. 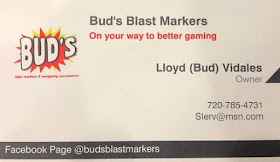